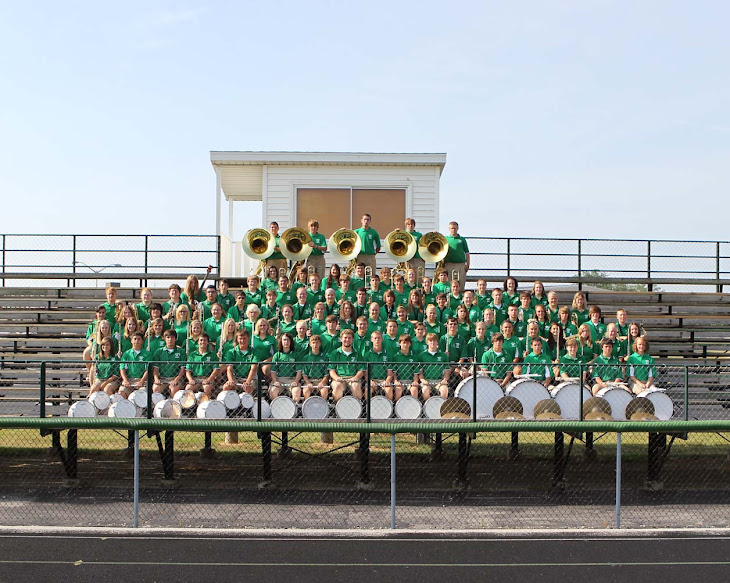 Thanks For A Great Year!

As we wind up the 2010-11 school year, I just wanted to say one more quick "thank you" to everyone for making this a great year.  We had some impressive achievements (being rated "Superior" at both regional and state Concert Band Contests, having the Marching Band selected to perform at Ohio State), some first time events (the commissioning and premiere of new work for concert band, "Exuberance" with the composer conducting, and a professionally recorded CD about to be released), and some traditional fun (combined performances with Elida, and the Middle School Bands).

Next year promises to be just as exciting - our numbers will again be increasing, and I expect that we will have another successful year.  Enjoy your summer, and I'll see you at the first rehearsal on July 7th!
Posted by CHS Band Director at 12:18 PM

CHS Band Director
Celina, Ohio, United States
My name is Chuck Sellars, and I am currently in my 25th year of teaching High School, Middle School and Elementary School Bands and my 15th year at Celina City Schools. I earned my Bachelor of Music Degree at the University of Cincinnati College-Conservatory of Music, and my Master of Music Degree at Miami University of Ohio (Miami was a university before Florida was a state!), where I served as University Bands Graduate Assistant. I am orginially from Cincinnati, Ohio, though I am now happy and proud to consider Celina my "home". In addition to music, I enjoy NASCAR and Dirt Track racing (especially sprint cars - Elbows Up!) and NFL football.